How Alphabet is using AI to power its future business success

Investors overlook and take for granted that silently sitting beneath the surface of Alphabet is perhaps the most cutting-edge AI apparatus the world has ever seen. Artificial Intelligence is enhancing all areas of Alphabet’s business, from those with valuable monetization models including Search, YouTube and Cloud, to emerging opportunities like autonomous driving (Waymo).
Back to Long Research

Most investors suspect that AI sits at the core of Alphabet’s key businesses (Search, YouTube, Cloud, etc). But many are still underestimating how AI is creating unimaginable opportunities in completely new industries for the technology giant.

Like Microsoft and its cloud computing division Azure, Alphabet’s AI capabilities appear to be following a similar path of explosive growth after years of incubation.

Below we look at 4 ways that Alphabet is using AI to significantly enhance its businesses, respond to competitive threats, and also generate solutions to some of the world’s most pressing problems (such as renewable energy) that we couldn’t imagine solving just a few years ago.

We expect these 4 examples – and AI more broadly – to make Alphabet even more mission-critical to customers, open immensely larger markets for the company, and drive increased profitability for many years to come – all of which will continue to underpin Alphabet’s role as a core holding in Montaka’s investment portfolios.

Alphabet is obviously best known for the ubiquitous Google Search engine that has maintained its competitive advantage for over two-decades and holds over 90% global market share. This is a frightening feat in an industry that innovates as quickly as technology.

Unsurprisingly, the incredible moat that surrounds Search has its foundation drenched in Alphabet’s most cutting-edge AI research and development.

In many ways Google Search is like a duck, the query box has not changed for over twenty years, but while it might look calm on the surface, it is paddling like crazy underneath! 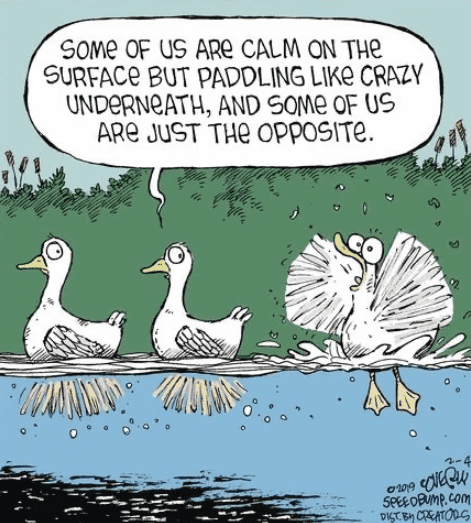 For example, at the end of 2019 Google Search incorporated BERT, a neural network-based AI technique for natural language processing, which was hailed by Alphabet as the “the biggest advancement made to Search in the last five years”.

Just two years later (2021), Alphabet introduced MUM, a next-generation AI and a step-change enhancement to existing capabilities noting; “MUM is a big advancement in Search, 1,000 times more powerful than our current systems. It has the ability to learn and transfer knowledge across 75 languages”.

Incredibly, the speed at which these mind-blowing AI breakthroughs are being melded into Google Search is accelerating.

And just this year (Feb 2022), Sundar Pichai (CEO) revealed on Alphabet’s Q4 2021 earnings call, that Search was now running a new AI architecture called Pathways. He highlighted that “AI models are typically trained to do only one thing, but with Pathways, a single model can be trained to do thousands, even millions of things”. This is expected to represent a major enhancement to Search quality and add further monetization options to the business.

Alphabet’s YouTube is the largest online video platform in the world, with over two billion monthly active users who watch more than one billion hours of content per day and upload 500 hours of new content per minute!

Operating a network of this scale is a herculean engineering feat, but more impressive is how Alphabet is applying artificial intelligence to make the platform safer and more trusted for consumers and advertisers.

At the scale YouTube operates, it is physically impossible for humans to moderate every piece of content that is uploaded. This is a huge problem given the size of YouTube’s userbase and their voracious appetite for video content.

Explicit and inappropriate content can have a significant impact on children, promote violence, spread disinformation, and alienate advertisers. It is no secret that many online platforms struggle with the problem of content moderation which will remain a perpetual challenge. However, Alphabet has made incredible progress using its cutting-edge artificial intelligence.

Utilizing AI and promoting trusted sources across YouTube has resulted in a mind-blowing 85% reduction in content that violates YouTube’s policies.

Alphabet can now detect nearly 95% of all violative content on YouTube with automated AI flagging and address it before it becomes a problem.

These results were driven by the application of scalable, automated AI technologies which will likely continue driving margins higher across YouTube as the need for expensive, manual human moderation of content fades.

The high-grading of content on YouTube also makes advertisers more confident that their brands and products are promoted in an appropriate fashion, drawing more advertising dollars to the platform and incentivizing creators to produce more content (flywheel).

Early in the pandemic Alphabet identified TikTok and its highly addictive, AI-enabled recommendation engine as a competitive threat. TikTok’s engagement numbers were growing extraordinarily quickly as consumers demanded short-form, vertical videos during lock-down and were flocking to the platform.

The speed with which Alphabet was able to create YouTube Shorts and address this video content gap in its ecosystem, highlights Alphabet’s incredible leadership across AI and how it can be applied to support and enhance its core business.

YouTube Shorts was created as a concept in the depths of the pandemic and has now grown to over 15 billion global daily video views inside of 18 months. This is a startling demonstration of exponential growth, YouTube’s ecosystem, and the power of Alphabet’s AI. 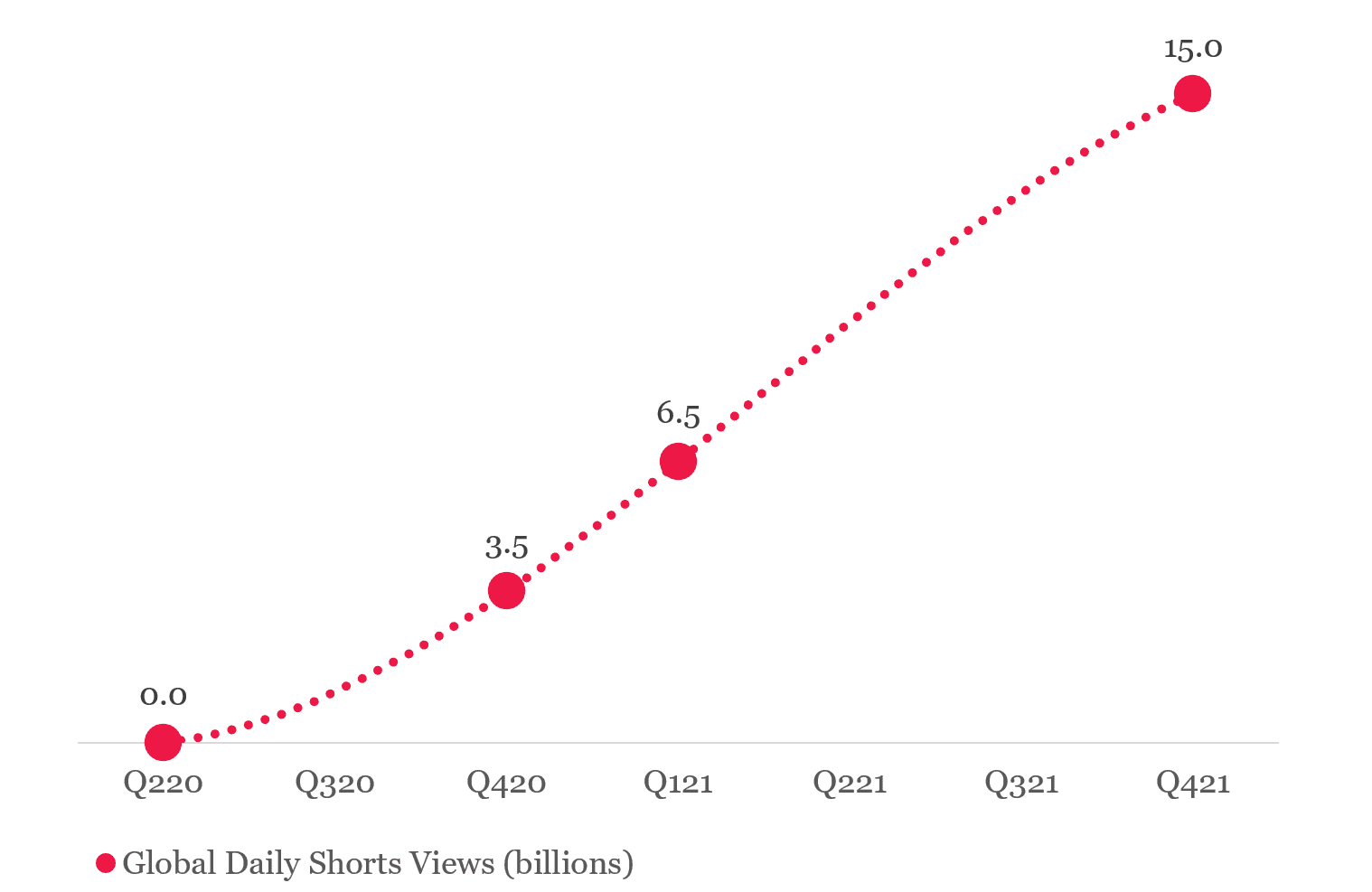 While TikTok does not disclose global daily views, it is believed to have 4 to 5 billion in the U.S. alone and many more globally. It is a serious competitor that may have impacted the business more dramatically if not for Alphabet’s extraordinary AI capabilities that enabled YouTube Shorts to be so successful.Source: Alphabet, Montaka.

Interestingly, YouTube Shorts has largely been focused on engagement, user experience and product market fit, rather than monetization. Alphabet has significant runway ahead with respect to this incremental revenue stream with CEO Sundar Pichai noting “there’s a lot more to do, [it’s] super early…[we are] testing how shopping can be integrated with Shorts…the opportunity space here is pretty broad and it’s exciting”.

4. AI is helping Alphabet to solve the unsolvable

AI is also helping Alphabet address some of the world’s most intractable problems, including sources of renewable energy.

The ocean potentially contains an unlimited source of carbon free and costless energy, if only we had the technology to unlock it. If we could find a solution to nuclear fusion, we could turn a single glass of seawater into a full year of power for an entire household. It would produce virtually no emissions and be available on-demand … but it has long been science fiction.

That is until DeepMind, Alphabet’s cutting-edge AI division took on the problem.

Nuclear fusion is the process that powers the sun and all the stars in the universe. It involves smashing hydrogen atoms together (fusion), rather than splitting uranium atoms (fission) and releases quadruple the amount of energy of a typical nuclear fission reaction. 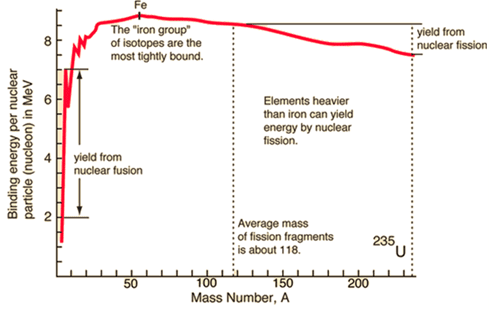 There is no material that can withstand such high temperatures, so fusion needs to be achieved in a plasma (super-heated gas) and held inside a continually changing magnetic field to control the reaction, something that is incredibly difficult to do.

A further constraint around nuclear fusion research has been the ability to run experiments. To create a fusion reaction, scientists use a machine called a ‘tokamak’ to simulate sun-like conditions on earth. However, after three seconds of activity the tokomak needs 15 minutes to cool down.

Software-based plasma simulators are even slower and require several hours of compute time to simulate just one second of real-time data. This is a highly inefficient way to carry out research, effectively rendering nuclear fusion a pipedream given our inability to address the problem.

Enter Alphabet’s DeepMind, in what has been hailed a major breakthrough and published in the prestigious scientific journal Nature, constructed an algorithm built on AI reinforcement learning to control the magnetic fields that govern plasma in a fusion reaction. DeepMind’s algorithm predicted it would be able to control a real-life reaction for two seconds which was then applied to a real-life tokamak.

The AI was spot-on. It controlled the plasma reaction exactly as predicted in the real-world. Over-time it is hoped Alphabet’s AI will produce algorithms that enable plasma reactions to go on far longer than two seconds, and move humanity a step closer to solving the eternal problem of nuclear fusion.

If successful, Alphabet’s nuclear fusion AI would likely be sold as-a-service to customers looking to produce energy from this source. Potentially unleashing an explosive new revenue stream for Alphabet in the future.

Inside a Tokamak Fusion Reactor (Illustrative) 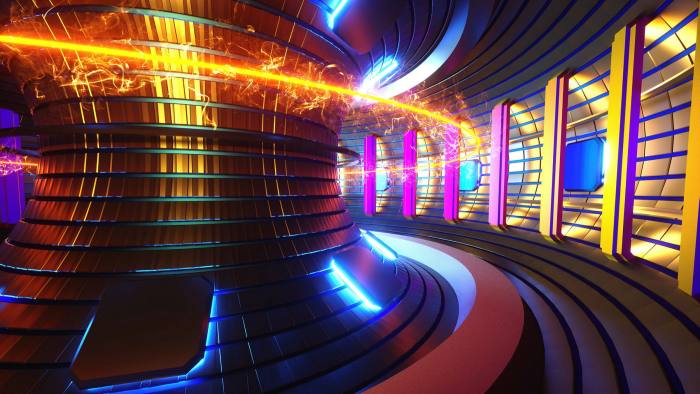 Artificial Intelligence is enhancing all areas of Alphabet’s business, from those with valuable monetization models including Search, YouTube and Cloud, to emerging opportunities like autonomous driving (Waymo).

Increasingly however, AI is creating opportunities in unexpected areas that Alphabet has not historically participated, raising the potential for it to disrupt entirely new industries and create brand new revenue streams in areas such as energy, biotechnology and beyond (i.e. real-options).

Investors overlook and take for granted that silently sitting beneath the surface of Alphabet is perhaps the most cutting-edge AI apparatus the world has ever seen. It represents an insurmountable competitive advantage that will continue to strengthen for decades to come and propel the business forward in unimaginable ways.

For readers interested in exploring AI from a broader and more general perspective, we cover many of our key insights in our AI Whitepaper which readers can access here.

We believe that the months and years ahead will present opportunities to make attractive, multi-generational investments and we are prepared and well-positioned to take advantage of these.

Our Montaka Long Only funds strive
to act as a core, high conviction, global portfolio holding. This offering is focused on owning the world’s high quality, undervalued businesses – and cash when appropriate – to outperform its benchmark.

Our Montaka Long Only funds strive to act as a core, high conviction, global portfolio holding. This offering is focused on owning the world’s high quality, undervalued businesses – and cash when appropriate – to outperform its benchmark.